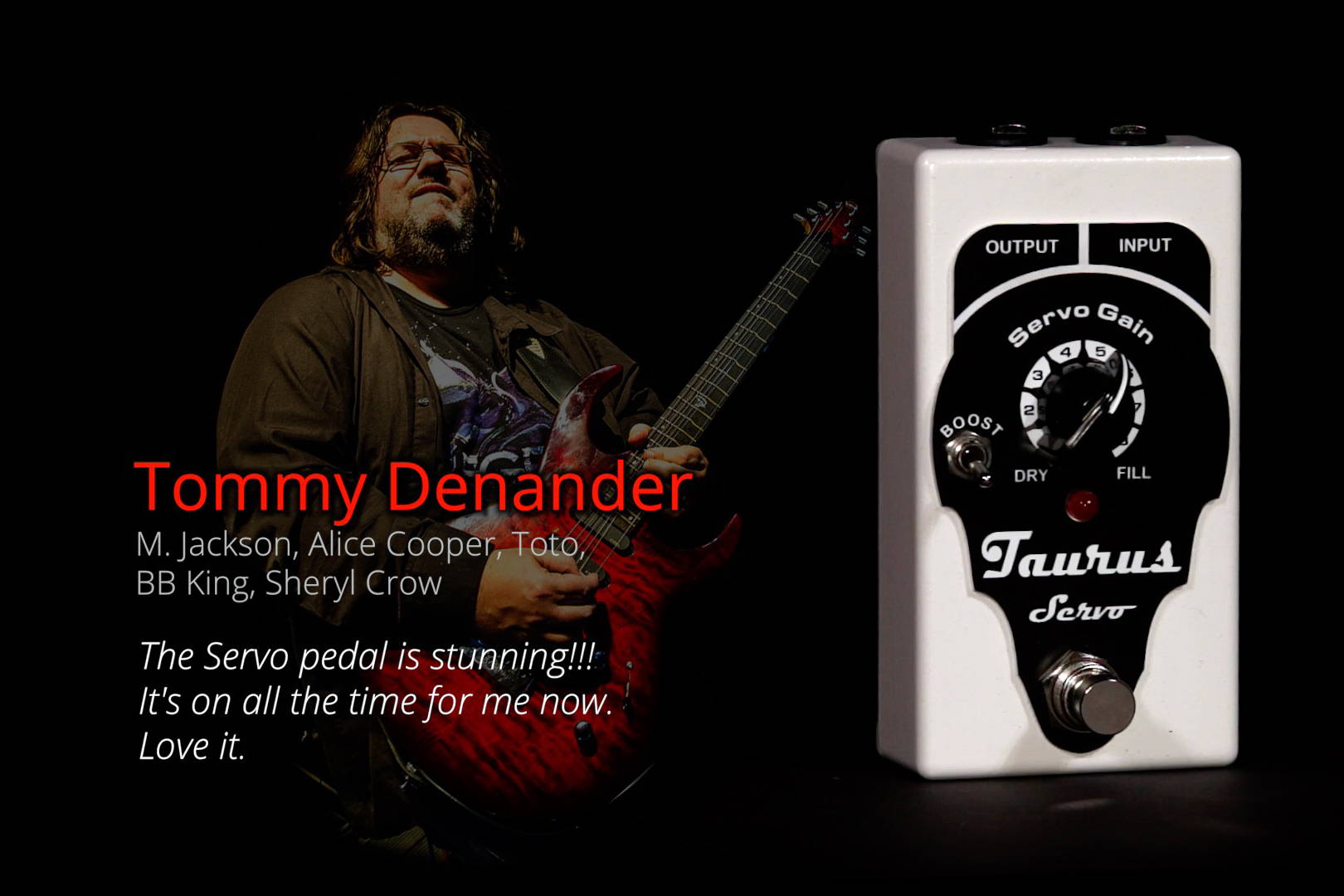 Tommy Denander uses Stomp-Head 4.SL and Taurus Silver Line effect pedals - Tux, Servo and Zebu.
"I've got the Stomp-head and HOLY SHIT how great it sounds!!!!This is one of the smartest and best sounding amps i've heard...it's a real tube amp as a stomp box...just bring a small speaker cab and put effects in the loop and you're set."

"I can honestly say that i'm completely blown away by these pedals and every pro player i meet and show them to react the same way!!!"