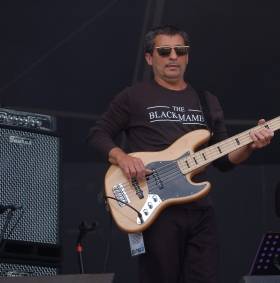 Today it is part of the project THE BLACK MAMBA who has just released the album by "FAROL MUSICA" and did the presentation concert at the Festival
Rock in Rio (Lisbon) 2012.